Fetchbot was created as a final project for the graduate Robotics course at Leiden University together with a team of three other students.

FetchBot is the result of a three-month study to create a robotic companion with autonomous fetch behaviour. We aimed to design a robot with which a user can have a playful interaction in a domestic setting. Specifically, we focused on the activity of playing fetch: a pet picks up an object a human throws away. The robot would continuously and autonomously search for a ball in a stable environment, pick it up, throw it away and repeat this process. This allows for a setting in which the bot is able to play both with itself as with a human.

With the corona pandemic restricting my access to the hardware, within the team, I focused largely on the code for the robots search pattern as well as its functional design. 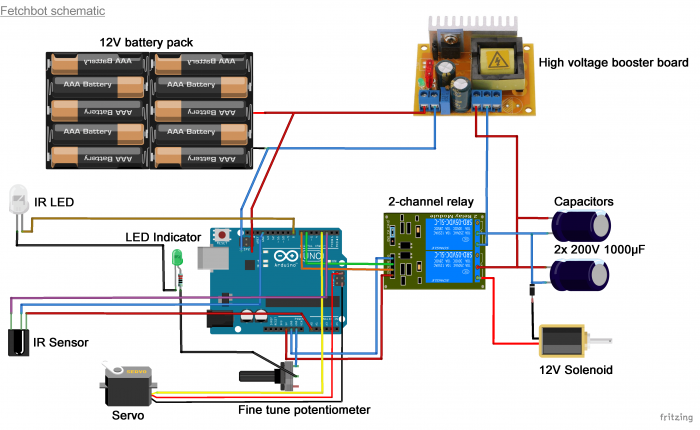